The Mission Museum will remain closed. From 25 January we will post the update for the opening of the museum. 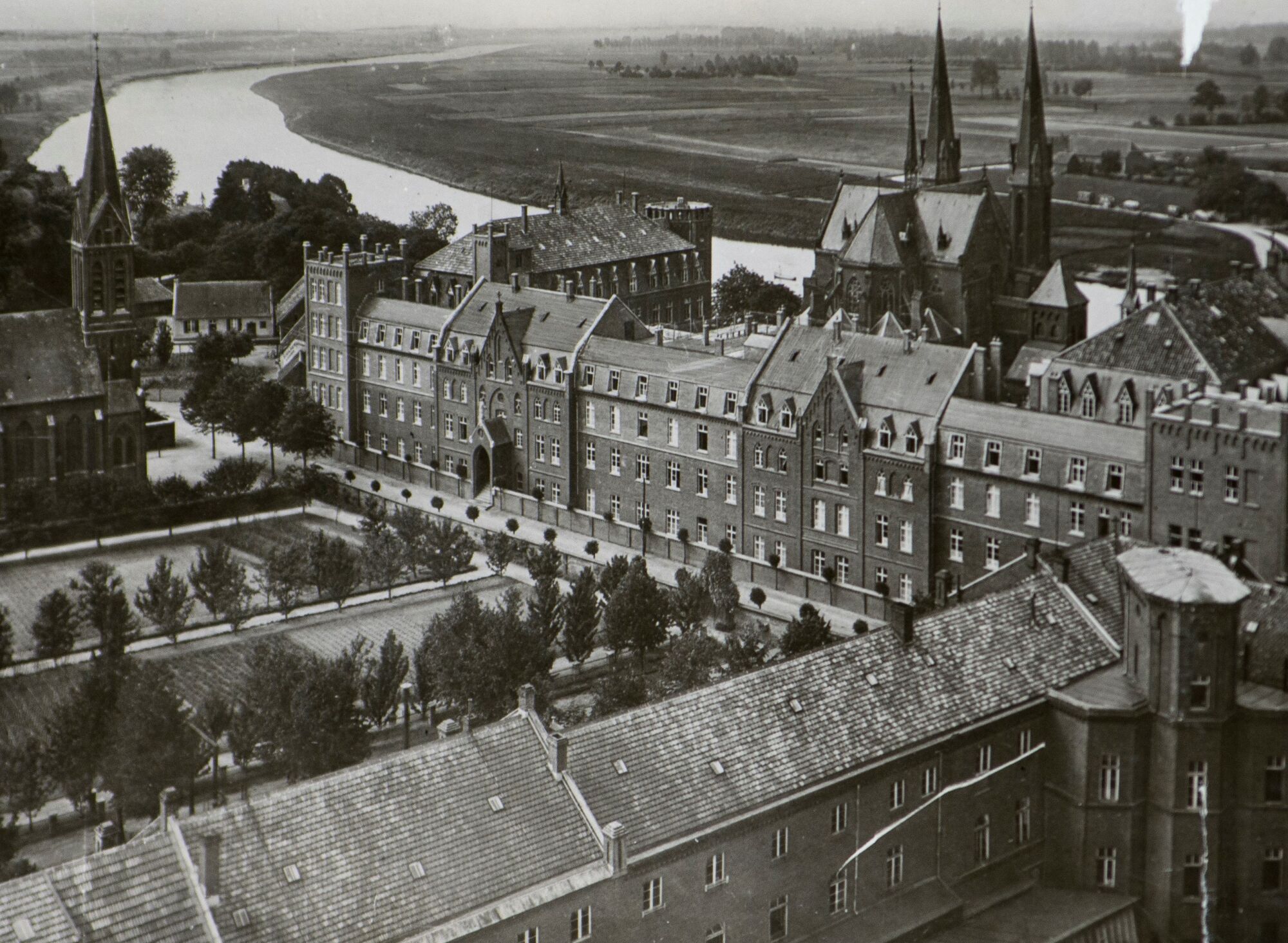 History of the Beginnings

The "Kulturkampf" in Germany, the confrontation between church and state that was directed, among other things, against all Catholic ideas and Catholic cultural heritage, is the reason why the German priest Arnold Janssen came to the tolerant Netherlands in 1875. The political situation in Germany did not permit the establishment of a mission house. In Steyl, he founded the Congregation of the Divine Word - Societas Verbi Divini (SVD), the missionaries of Steyl. There he built the Mission House St. Michael. In 1879 the SVD sent its first missionaries to China and from China the first items came to Steyl. Missionaries were sent to more countries and the collection of items grew, becoming the basis and beginnings of the present-day museum

The aim of the collection was to give future missionaries and visitors to the museum more information about distant countries and cultures; that at a time when there was no film or television. When Brother Berchmans, a great nature lover, returned from Brazil, he was given the management of the museum. In Brazil, he had become fascinated by butterflies and insects. In the course of his life he became a renowned butterfly specialist. On three occasions, he was honoured by having newly discovered butterfly species named after him. A specimen of one species (the Ornithoptera Lydius Bergmansi) is still on display in the museum insect room. He also collected many animal species for the museum from all over the world. Consignments came which had been travelling for months by sea, containing the most diverse items such as masks, ancestor statues, clothing, weapons, tapestries, crockery, stuffed animals; all were classified and exhibited by curator Brother Berchmans.

Over the course of time the collection grew considerably and twice the expanding exhibition had to be moved due to lack of space. At first, the museum consisted of only one room in the Mission House; then the collection was moved to the print shop, but here too the museum was soon bursting at the seams. There was an urgent need for a building of its own. And that was certainly the case when a large collection of animals arrived from the Franciscan museum in Watersleyde (Sittard).

The foundation stone of the current museum was laid in 1929 and the new building was completed in 1931. The collection was then given a contemporary layout, in enormous floor-to-ceiling display cases. In keeping with Brother Berchmans' predilection and special interest, the butterfly and insect collection was given its own insect cabinet. On Sunday, 1st February 1931, the Mission Museum was officially inaugurated. The Nieuwe Venlosche Courant of the following day brought an excited report, adding the following recommendation: “The museum has central heating and the lighting is perfect.”

A unique feature of the museum is that, since the death of Brother Berchmans in 1934, the arrangement of the exhibits has remained virtually unchanged. That makes it a museum within a museum.