Home > Object of the month 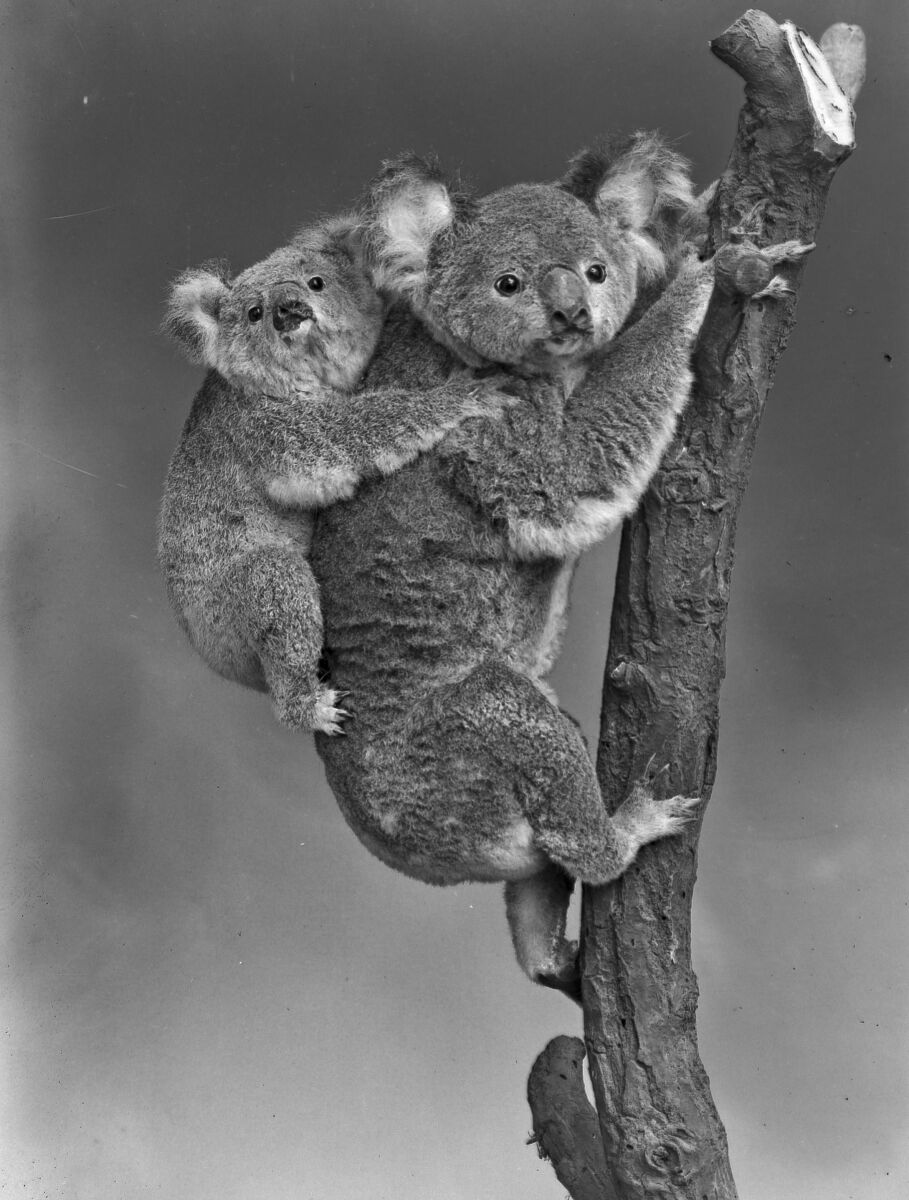 Object of the month

The koala is a famous animal from Australia. The commonly used term koala bear is actually incorrect, because it is not a bear but a marsupial. In the Mission Museum, a beautiful specimen of this animal has been on display for years, with a young one on its back.

Exactly how it ended up in the Mission Museum is still an unanswered question. It is mentioned as early as 1931 in tours given by the first curator, Brother Berchmans. In that, by the way, the entire section of Australian animals is discussed. But there was no Australian mission post of the Steyl Missionaries supplying the museum at the time, so they were probably not sent directly from Australia. There was, however, an outpost of the mission on Papua New Guinea located in Australia, but when we look through the lists, as well as lists of handwritten shipments from those locations, no Australian animals seem to be among them.

In 1930, the Mission Museum acquired the contents of another mission museum, that of the Franciscan Fathers of Watersleyde. It was a large, impressive collection that still forms a significant part of the Mission Museum's current animal collection. That collection did include Australian animals, and transfer lists also mention kangaroos, opossums and wombats, animals placed all around the koala today, but no koala. Fortunately, in this same archive is one old blue notebook, the "Tagebuch für (Diary for) Kurt Finken”. In it is a handwritten description of the collection from Watersleyde, and it does indeed include a koala with young. It would be quite a coincidence if this parent-young pair is a different one than the one that has been in our display case since 1931. But why it didn't make the sales list is a mystery. Especially since it is presented by Brother Berchmans as the most special animal from these regions. Now while koala bear is an incorrect name for this marsupial, teddy bear is an odd choice altogether. Yet Berchmans steadfastly calls the animal "teddy bear" in his written tour. He explains that "imitations of these are very popular with children, and  the little one on the back, having long outgrown the pouch, is cute”. In the magazine 'Mooi Limburg. A Magazine for the Domestic Fireplace' of January 31, 1931, the term 'Teddy Bear' is adopted seamlessly in a report about the museum, presumably informed by Brother Berchmans. Where he got this name may never be clarified. However, the koala was indeed a popular object for children's toys at the time.

Still called simply "koala with young" in Watersleyde, Brother Berchmans' teddy bear certainly comes from Australia and probably from the old museum of the Franciscans.

more objects of the month