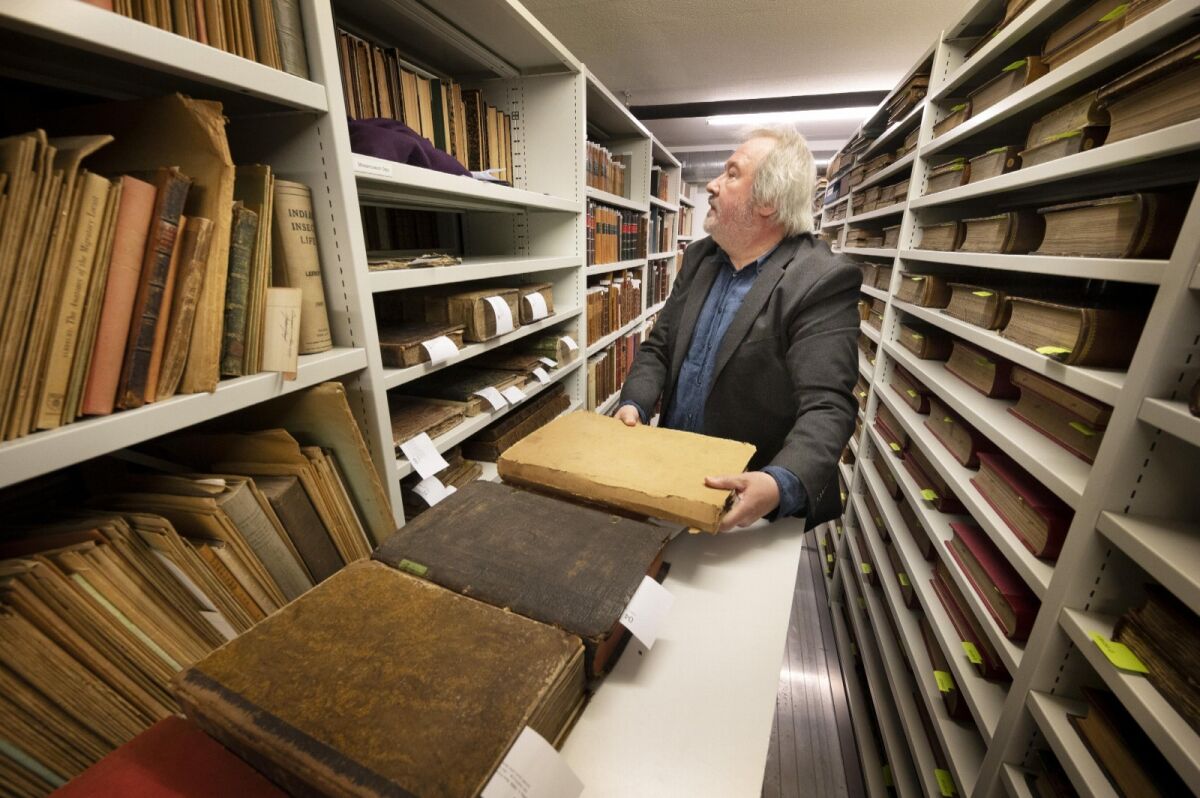 Naturalis researchers are very happy with works from the Missiemuseum

It required special permission from Rome, but now they have been moved to Leiden: 26 books from the catholic order Societas Verbi Divini (SVD) from the Missiemuseum in Steyl are now in Naturalis’ Rare Book Room. The people in Steyl were struggling with their rare books, Justin Jansen explains. He is on the board of the Missie Museum there, a beautiful old place started by the SVD, an catholic order once started by a distant relative of his. The museum housed a number of very rare and old books on natural history, but no one was reading them. It also did not have the means to protect them from theft and decay. Jansen: “The rector put the books on a table one by one, and literally said: ‘These don’t belong here.’”

Jansen is also a natural historian affiliated with Naturalis, and hence talks between the two museums started. Would anyone in Leiden be interested? We were. “That list of books was just amazing”, enthobotanist prof. dr. Tinde van Andel says. “Original 16th-century books about plants and animals from famous authors like Fuchs, Matthioli, Bock, and from the Dutch East India and West India Companies. Original works from Rumphius and Maria Sybilla Merian. A large number of these books were not present anywhere else in the Netherlands, and not available digitally either.” Van Andels research is about how people use plants, and old books like these can give valuable insights. When did European people start eating tomatoes, for example? Van Andels PhD student Isabela Pombo Geertsma will be using the books to study “magical” plants used in witchcraft.

So the books were moved from a safe in Steyl to the Rare Book Room in Naturalis, where we keep the most rare and valuable books of our library (which holds about 300.000 books in total). Last Friday, Julia Siahaija from the Missie Museum came by to see how the books are doing in their new spot. “The books are now used for gaining knowledge, as is their purpose, rather than just lying in a safe. It’s nice that Naturalis and the Missie Museum can work together so well.’