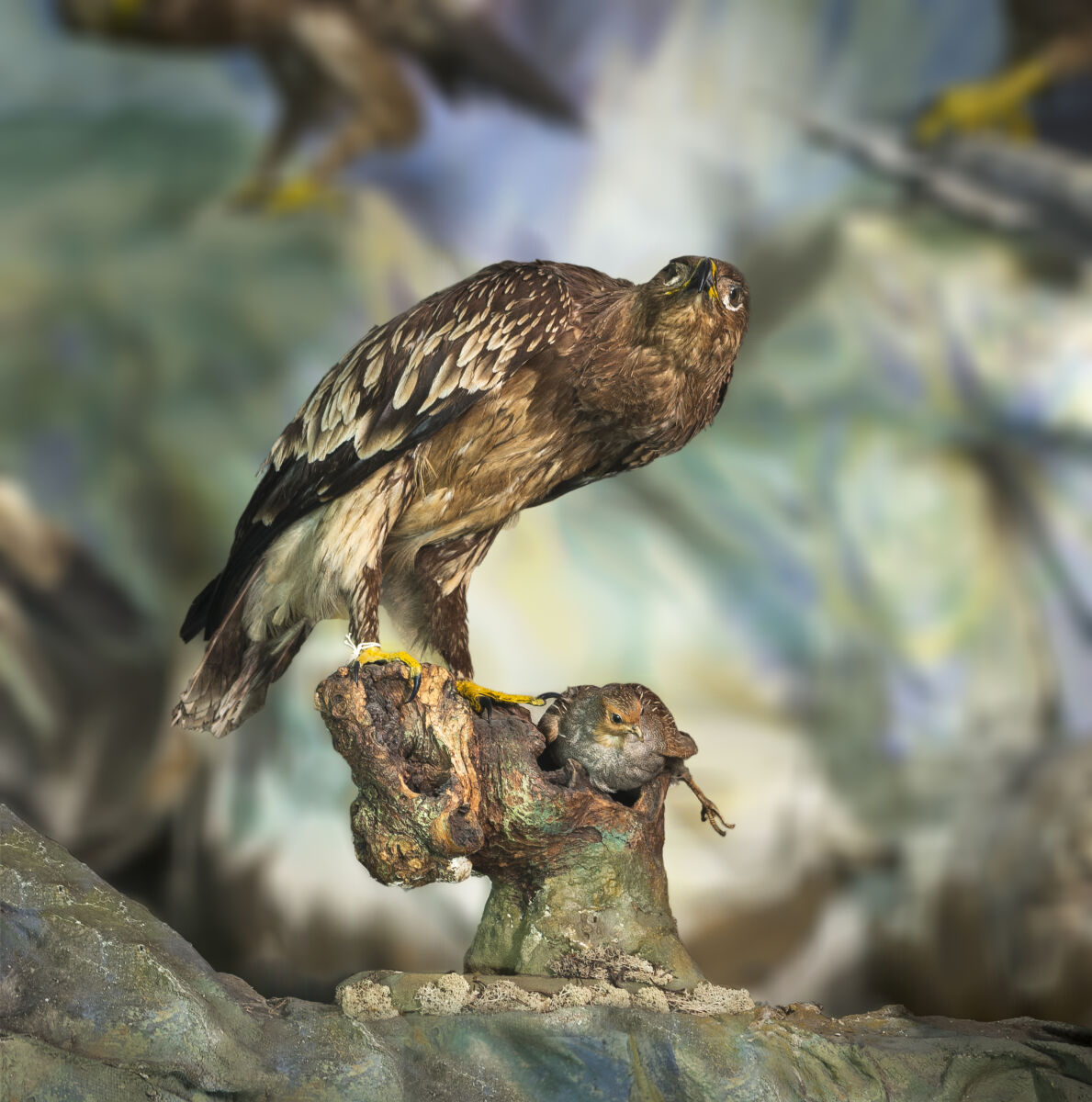 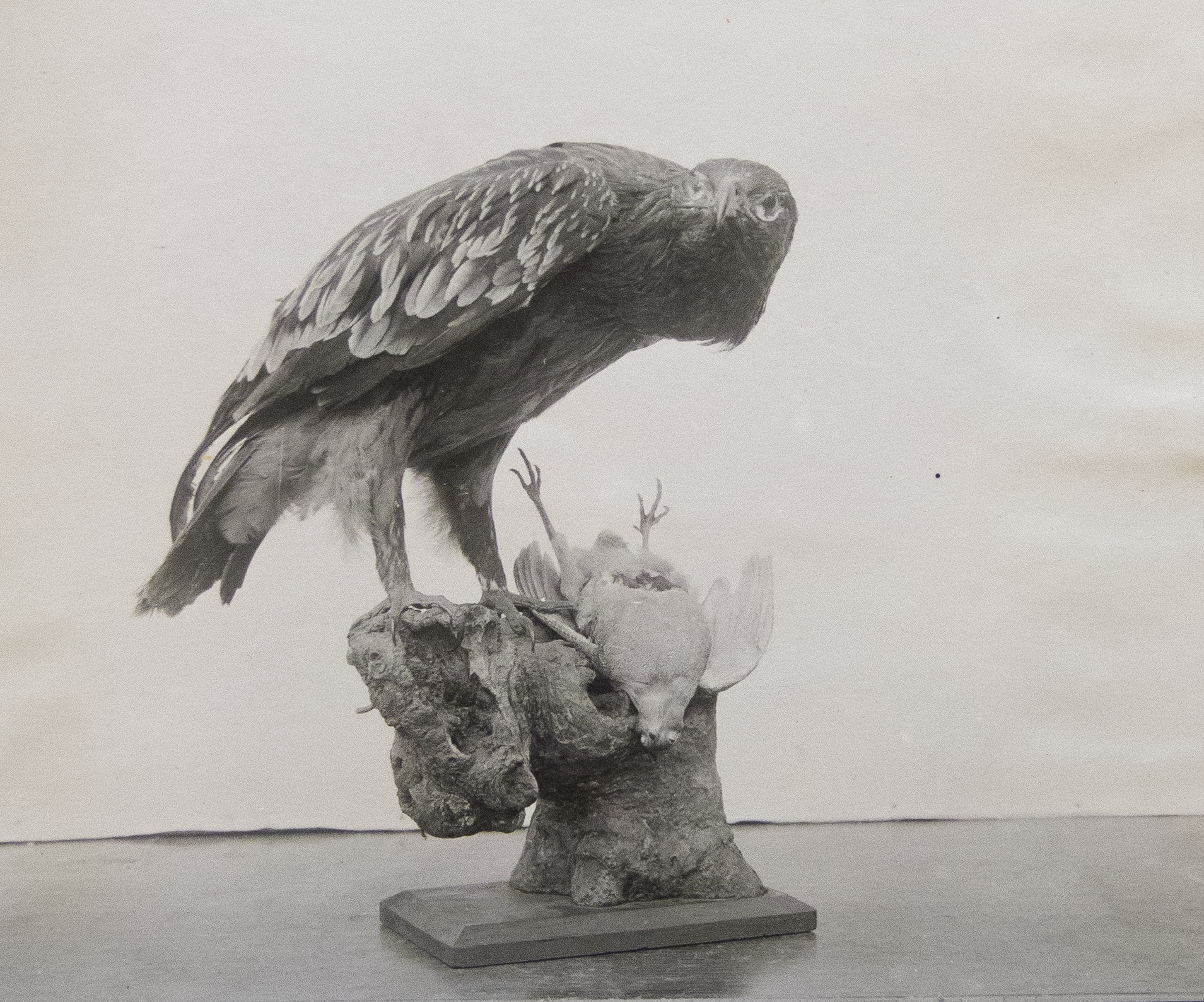 The confusion in naming these two types is centuries old, partly because they are so similar. It has even taken genetic research to scientifically distinguish these and some other eagle species from one another. Because 'our' eagle has light orange feathers on its under body, it has been mistaken for the screech eagle. But these colours are not uncommon for a younger bastard eagle, and this in combination with other features recently led to the verdict of 'bastard eagle'. What is really unusual is that this one was seen and shot in the Netherlands. The bastard eagle of the Mission Museum is the second documented case of the species in the Netherlands, and thus also one of only two in the 19th century and of 35 cases in total.

Our bastard has been stuffed together with his prey, an unfortunate partridge. A delicious snack, although the eagle usually feeds on smaller mammals and carrion. However, ornithological studies have shown that a bastard eagle’s nest in Estonia has sometimes been found to contain 'leftover' material from the partridge, so it is a natural possibility. What is really remarkable about this partridge is that over the years it has turned over. In a photo from the early days of the museum, the bird lies defeated and with its belly ripped open and legs raised on its back, whereas nowadays it is almost alive and lying on its belly with its head raised.

It is possible that the partridge was turned over during the major restoration process of the animals by the Bouten company in the 1980s. Nor do we know who the 72-year-old hunter was who shot the creature in Weert-Boshoven on 5 November 1892 and sold it for two guilders. We do know that it ended up in the Mission Museum via the collection of Jozef van der Harten. Here it has been on display ever since, although the partridge might still fly away.