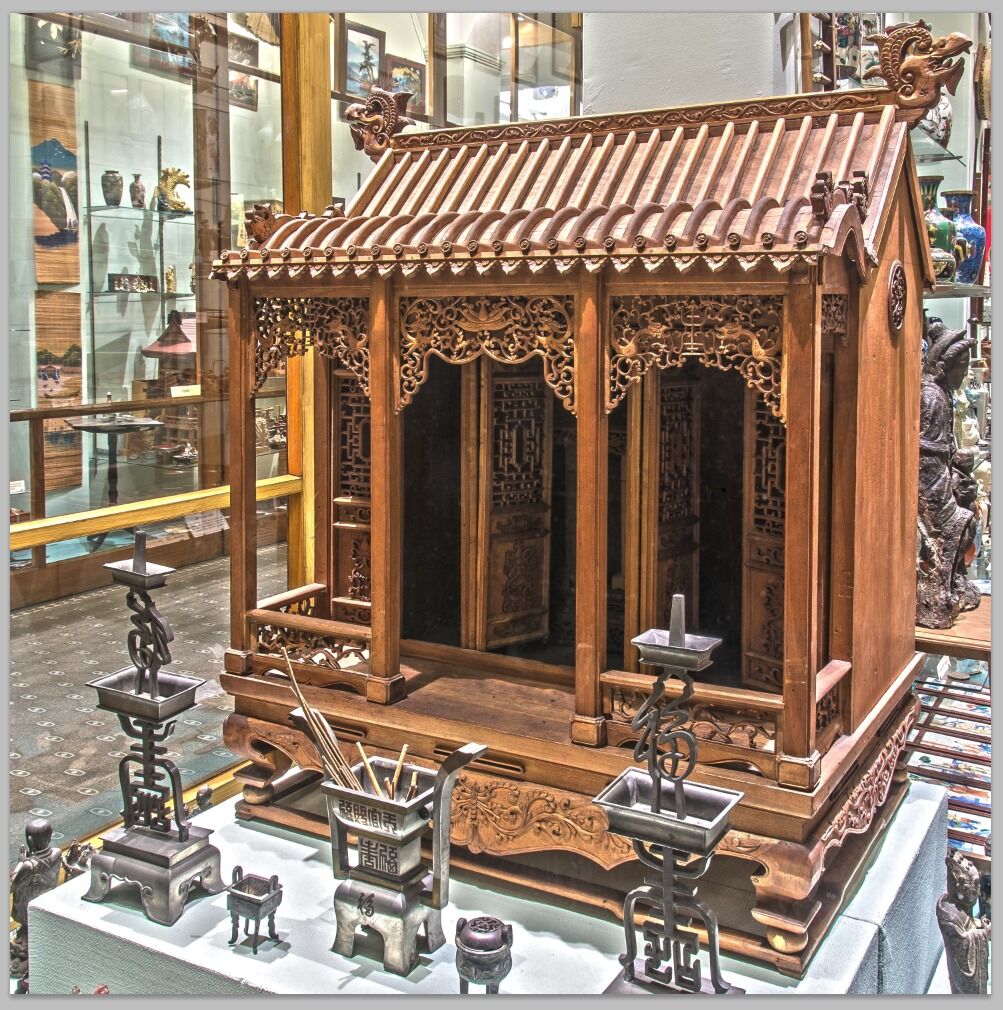 As a visitor to the Mission Museum you will see cabinets full of anthropological items from all over the world. But the story behind them is often a mission story. They are there to show you something of the conversions or about “pagan” customs. The Chinese house altar (probably from the 19C) is a good example of that. House altars are very usual in Chinese families right up to the present day. Gods or ancestors are venerated there. The house altar in the Mission museum is for the ancestors. And they are still standing in it, although that is actually not allowed.

If you look closely you can see a small panel with Chinese characters inside the house altar. That little panel really ought to have been burned. As well as the altar itself. It was acquired by Father Carl Weig at Yanku in the Chinese province of Shantung (Shandong) around 1913. The Mission museum has a letter from Father Weig in which he describes the background of the altar. It belonged to a rich family who lost their fortune and then converted to Christianity. The house altar was not suitable for them anymore and they offered the altar to Father Weig to use as a tabernacle for Catholic services.

Chinese custom dictates that when a house altar is no longer used, the panels with the names of the ancestors are burned on the graves of the people in question. Through this burning, the soul returns to the realm of the dead. And the altar too is burned, otherwise the soul has no home in the hereafter. ‘Because this woman has now become a Catholic, she no longer practices such cult’, writes Father Weig

The Mission museum now has a rare object in its possession. Only rich families could afford such an altar, because it was an expensive object, with richly decorated carvings. And when it was no longer in use, it was burned. But for the Chinese of that time it was the highest form of sacrilege to sell it instead of burning it. So the spirits of these ancestors were never able to return to the realm of the dead.